Set into the Gentrified area of the former factory complex TiZ. On the edge of the new residential area, Ciciban Kindergarden features a public park in front and unites an historic city core and a new city. Building is conceived as a city for children which allows them various levels of freedom.  Moving from the strictly private classrooms to the streets and squares that are common spaces for everybody inside of a kindergarten. Extending outside of the building, common space becomes an enclosed courtyard in the back of the building and a public city park in front of it. Combination of stonework and big aluminium glass elements enhances the feeling and the character of the spaces described above. In its form it also pays a tribute to the former factory area. Its roof is designed as a sawtooth roof. 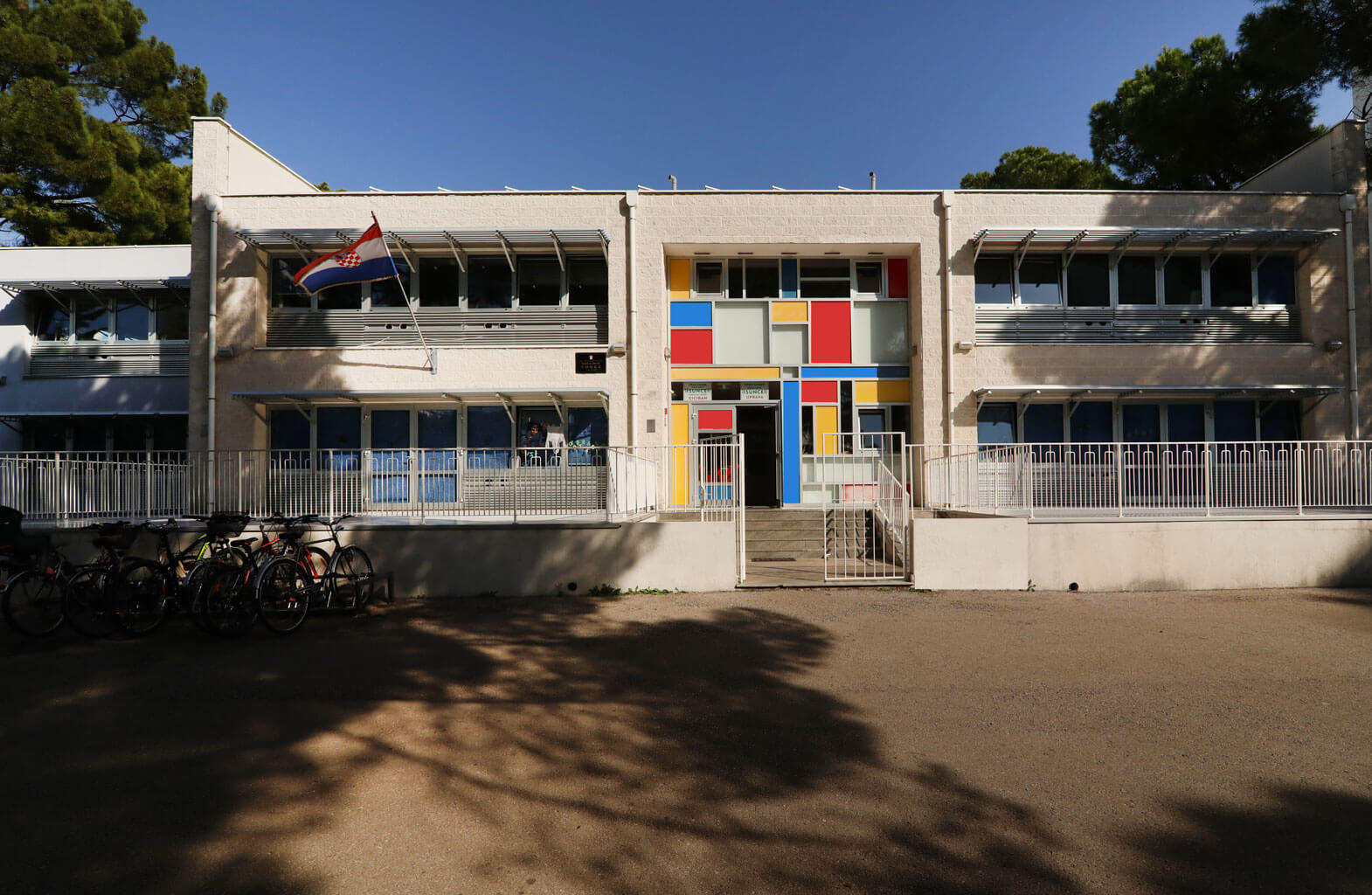